Portugal constitutes the southwestern most tip of Europe. A prime position for sunset viewing for sure, but also a sliver of land that offers rich culture (and equally rich cuisine), stunning architecture, dramatic cliffs, perfect beaches, genuinely nice people and extreme value.

JESSICA: I can’t quite say why we landed on a trip to Portugal. I had seen some gorgeous, pastel-painted photos of Lisbon, while a steady stream of Portugal articles and casual mentions had shaped the idea in Trevor’s head. When our Detroit neighbors, a husband-and-wife team, revealed that they loved the country so much they hoped to retire there, our decision was made. We had a window of time to plan a week-long European trip before a rush of work commitments (and a January-due baby) that would squash our ease of travel, so … Portugal it was!

TREVOR: Our initial research revealed three obvious regions ripe for travel within the country: Lisbon, the bustling capital city in central Portugal; Porto, another cultural hub, wine region and large city located in the northern part of the country; and the Algarve, the southernmost part of Portugal known for its cliff-carved beaches and relaxed vibe. Since we only had a week, we decided that our trip to begin in Lisbon (we found especially reasonable airfare flying Canada Air Rouge direct from Toronto) and end in the Algarve, a short two-and-a-half hour drive away, which we’d use a rental car to travel to. Porto would have to wait till next time.

J: Flights from Detroit to Lisbon ranged from $1,500 – $2,000 per person, which felt steep. It took a couple extra days of research, but we finally landed on a slightly less convenient – but far more frugal – option. We could drive to Toronto on a Wednesday evening and depart around midnight, and arrive home around 4 p.m. one week later for a cost savings of more than $1,000. If the decision had been mine alone, I would have scrapped the drive to Toronto or considered the train, but Trevor didn’t mind playing chauffeur. In hindsight, we both agreed that the drive from Detroit wasn’t nearly as painful as we imagined it might be.

Parking at the Toronto airport is a breeze. The airport itself if well kept with plenty of amenities and is a completely pleasant experience. Our only hiccup … the realization that Trevor’s passport was two days shy of preventing our trip entirely due to its expiration date. The amount of side eye given to him in this moment cannot be understated. (For the love, check your passport expiration dates, folks! And then check – and double check the policies surrounding expiration for entry and exit to the country you are traveling to as well as any others that you’ll stop into en route.)

J: We arrived in Lisbon early on Thursday morning and grabbed a cab at the airport to our hotel in the city’s “Baixa” or downtown district. Determining where to stay had been a task, but I was more than happy with the neighborhood. We used this article to help narrow our choices.

T: Hotel Santa Justa was located on the tiled streets near the Santa Justa Lift – a gothic elevator that folks ride to avoid walking the steep, winding streets lined with al fresco dining tables, shops and patisseries. Very central location. Because the prices were so reasonable, we upgraded our three nights at the hotel to a suite with a balcony (score!).

J: The hotel itself was simple but lovely. The service was above and beyond. We’d absolutely recommend staying there and doing whatever you can to ensure a room with a tiny but delightfully charming balcony. We opened the balcony doors in the morning to the sounds of forks and knives clinking on plates four floors beneath us. This was mixed with the melodies of meandering musicians, playing for spare change. It was exactly the European vibe that we’d been hoping for.

T: For three full days, we wandered around the city, soaking up the sights and sounds without much of a timeline at all. It felt right to let the city lead us.

T: A few of our recommendations, in no particular order:

J: And what to once you’ve gorged yourself on pastries and beer?

J: Before leaving Lisbon, we had one logistical to-do, which was to pick up our rental car for our Sunday departure. I reserved a vehicle from the one downtown rental location that I could find to avoid a trip back to the airport. But when we arrived at the Avis counter, just a few blocks from our hotel, we found a line that was depressingly long. We waited for over an hour, and my only tip – because I can’t think of any others – would be to arrive first thing in the morning for your pick up to avoid the late morning rush around hotel check-out time.

T: As soon as we’d grabbed the keys to our rental car, we made our way toward Sintra. About 40 minutes outside of Lisbon. Enough people had advised a stop in the village known for its “sub-division” of mountaintop castles.

J: We purchased tickets to visit Pena Palace, the most picturesque of the castles, the day before online to avoid waiting on site. Before we headed up toward the palace itself, we stopped in the village of Sintra. A charming collection of cafes, restaurants and shops. We could have easily spent a full afternoon perusing the town, and then hiking the trails from castle to castle (which I’d recommend, if you can!), but our time was limited. If you’re driving your own vehicle, be prepared for a bit of a twisty ride toward Pena Palace. Parking is scarce and you’ll want to use the Waze app to ensure you’re headed the right way if you’re not already following a long line of traffic.

T: Walking up toward Pena Palace revealed a castle more colorful and cliche than Excalibur on the Vegas Strip. An intricately carved stone façade, painted in shades of blue, red and bright yellow. And, crazy ass works of art. I mean crazy.

J: Our tickets provided access into the castle as well. We waited in a short line to walk the guided pathway through the ancient rooms (no photos allowed unfortunately). If I could plan our visit over again, I would have given us an entire, un-rushed day in Sintra and maybe even considered staying the night.

T: A two-and-a-half-hour drive over the 25th of April suspension bridge and through the desert gets you to the Algarve region. If you’re looking for a quieter beach experience, consider staying in Sagres. If you’d prefer the late-night crowd with a walkable, downtown vibe, find yourself a rental in Lagos. Or, if you’re more the resort type that’s okay with a suburban feel, steer toward Alvor. No matter where you stay, here’s what we know: the beaches everywhere are breathtaking. Our AirBnB was located in Lagos’ historic district, within walking distance to dozens of restaurants, shops and bars. The location was perfect. Be prepared to park your car a few blocks away. The streets are impossibly narrow, windy and nearly all one-way. It’s a confusing – and according to front passenger Jess, anxiety-inducing – web, especially when your cell phone navigation can’t keep up.

J: For a full tour of the AirBnB, check out our Instagram “Portugal” story. It was a modern but charming two-story row house with a private rooftop plunge pool. Awesome.

THE DRIVE TO THE ALGARVE

T: We booked our last night in Portugal near the airport in Lisbon, which meant that we could take the long way back from the Algarve, skipping the expressway and instead, hugging the coast and stopping at several of the beaches along the way.

The drive was primarily back roads and along the way, we swung into a few spots that proved entirely worthwhile.

4 thoughts on “Exploring Portugal: Lisbon to the Algarve” 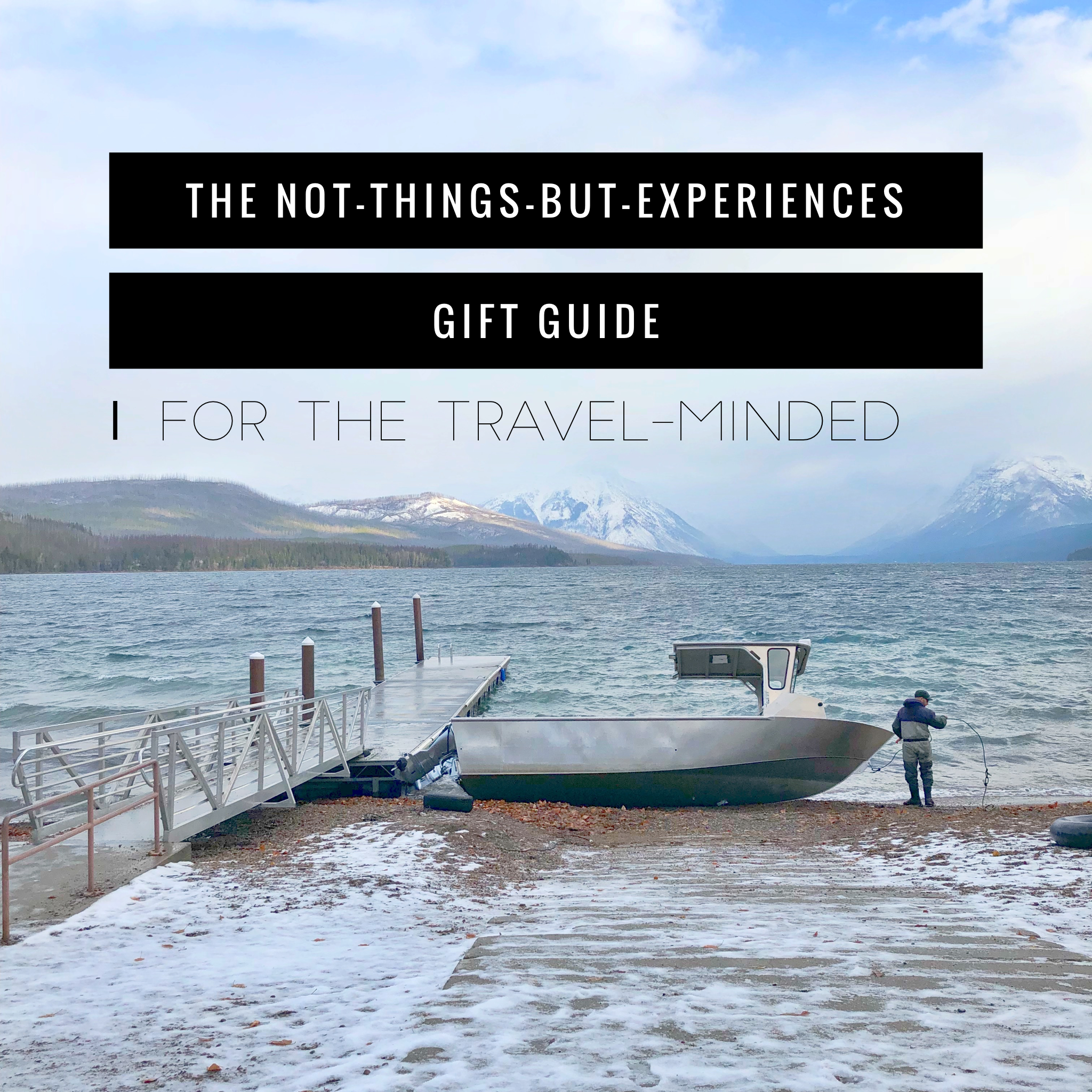